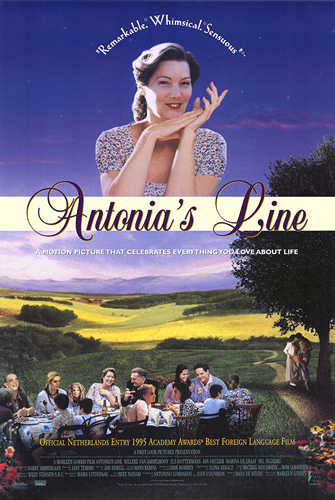 Winner of the 1995 Academy Award for Best Foreign Language Film. At the end of WW2, the spirited, independent widow Antonia returns to her village with her daughter. She finds a husband unnecessary and persuades her daughter to the same view, encouraging her to produce a child in her turn (a daughter, as it turns out) by a passing liaison. A generally happy movie, though with one violent incident, celebrating independent womanhood.