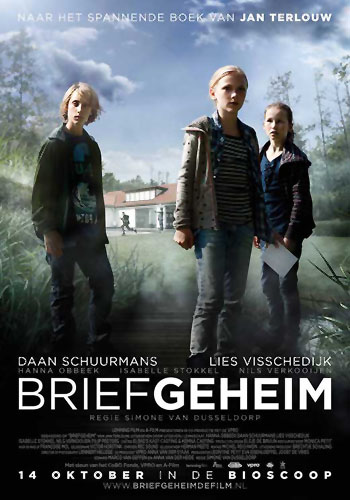 Secret Letter tells about 11-year old Eva, who's fed up with all the tensions at home. In order to make her parents clear how she feels about this, she runs away from home. She hides in the attic of her best friend's place, Jackie en Thomas. When she finds a secret letter and gets caught in neighbor Brandsema's garden, the head of a criminal organization, her plans take an unexpected turn.

Meral (8) just moved into a new town. She tries to make friends at her new school before their autumn school camp, but this is harder than expected. At home she befriends a little mouse that lives in her new room, which she calls Peepeep. Afraid that her parents will kill Peepeep while she is away, she secretly takes him with her. Thanks to the mouse, Meral makes some unexpected new friends. When an owl catches the little mouse, Meral blames her new friends. It is not until they set out into the wild to retrieve the owl pellet with Peepeep's bones that Meral finally understands what friendship is all about. OWLS & MICE is the sequel of the successful and award-winning FROGS & TOADS, from the same writer and director Simone van Dusseldorp.