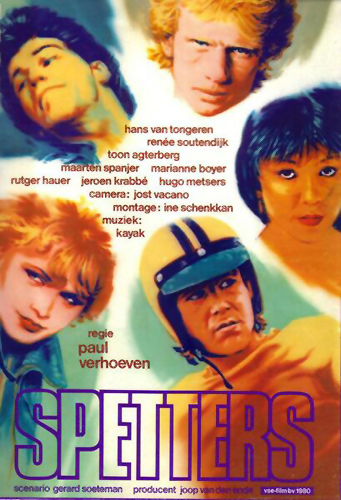 Three members of a Dutch motor-bikers club are ardent fans of world champion Gerrit Witkamp. They all have the hots for Fientje, a gold-digger who runs a snack bar from a mobile home with her brother, Jaap. First she seduces Rien, who has the potential to become the next world champion, after negotiating a 10% fee on a sponsor contract, which she acquires through a sports journalist, but she dumps him shortly after a road accident lands him in a wheelchair for life. Jaap, who claims to be the up and coming man, but ridiculed by Gerrit and the reporter, is told to come back once he has a future to offer her. Mechanic Eef, whose dad, a hardcore-Protestant farmer, still beats him mercilessly, tempts her to emigrate with him to Canada, with money he robs in the gay red lantern district, but is then raped himself by Jaap's mates...