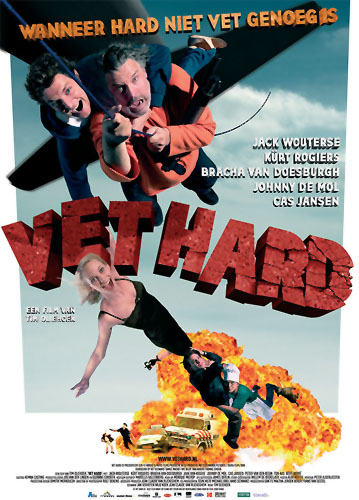 Bennie, a clumsy criminal who's touchy about his weight, teams up with his adoptive father's biological (serial killer) son, his employees who in his absence turned his snack-bar into a quiche bakery, a suicidal manic-depressive woman and a Yougoslavian who keeps unintendedly blowing things up. They need to get 300000 Euro to get Bennies father a new liver. Complicating matters are that Bennie is being stalked by gangsters who want him to pay back a debt, the employees are more interested in cooking than in criminality, nobody can communicate with the Yugoslavian, the adoptive and biological son don't get along, and everything that can go wrong does go wrong - leaving a path of damaged buildings, people and - especially - vehicles behind.