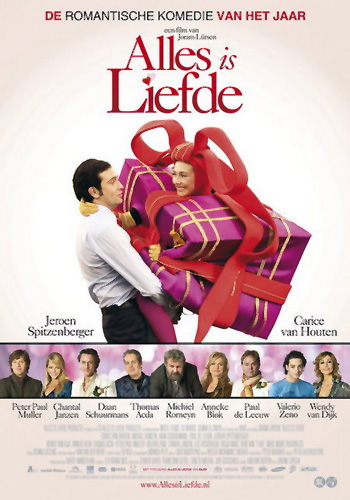 Klaasje has divorced Dennis, who cheated on her with a school teacher. Dennis would like her back, but when she moves in with a young lover it looks as if he has missed the boat. Meanwhile, Klaasje's best friend Simone is the pivot of her family. Her husband Ted often feels redundant and he does not have the guts to tell her that he has been laid off. Pool attendant Victor is looking forward to marrying the love of his life, Kees. But Kees has doubts and keeps his fears at bay during weekends spent 'larping' (Live Action Role Play). Victor's sister Kiki, a sales assistant at department store Bijenkorf, is dreaming of a prince on a white horse. But she is unaware of the fact that a real prince, Valentijn, is crazy about her. With the arrival of a mysterious Santa Claus, all these amorous ups and downs reach a climax, while the happy endings come closer too.